Fantastic Beasts and where to find them

SLURL to the faire

What would a shopping event themed around the Wizarding world be with out some Fantastic Beasts? Here's four you can buy and all of them are ANIMESH! For this photo I went to Mischief managed new Godric's Hollow area and I'm in front of the Magical Creature Reserve annex. Its kinda a hospital for magical creatures. It's run by Ig and TJ Ashworth.

You can learn more about the reserve here And all about Mischief Managed at their webpage at https://mischiefmanagedsl.net/ 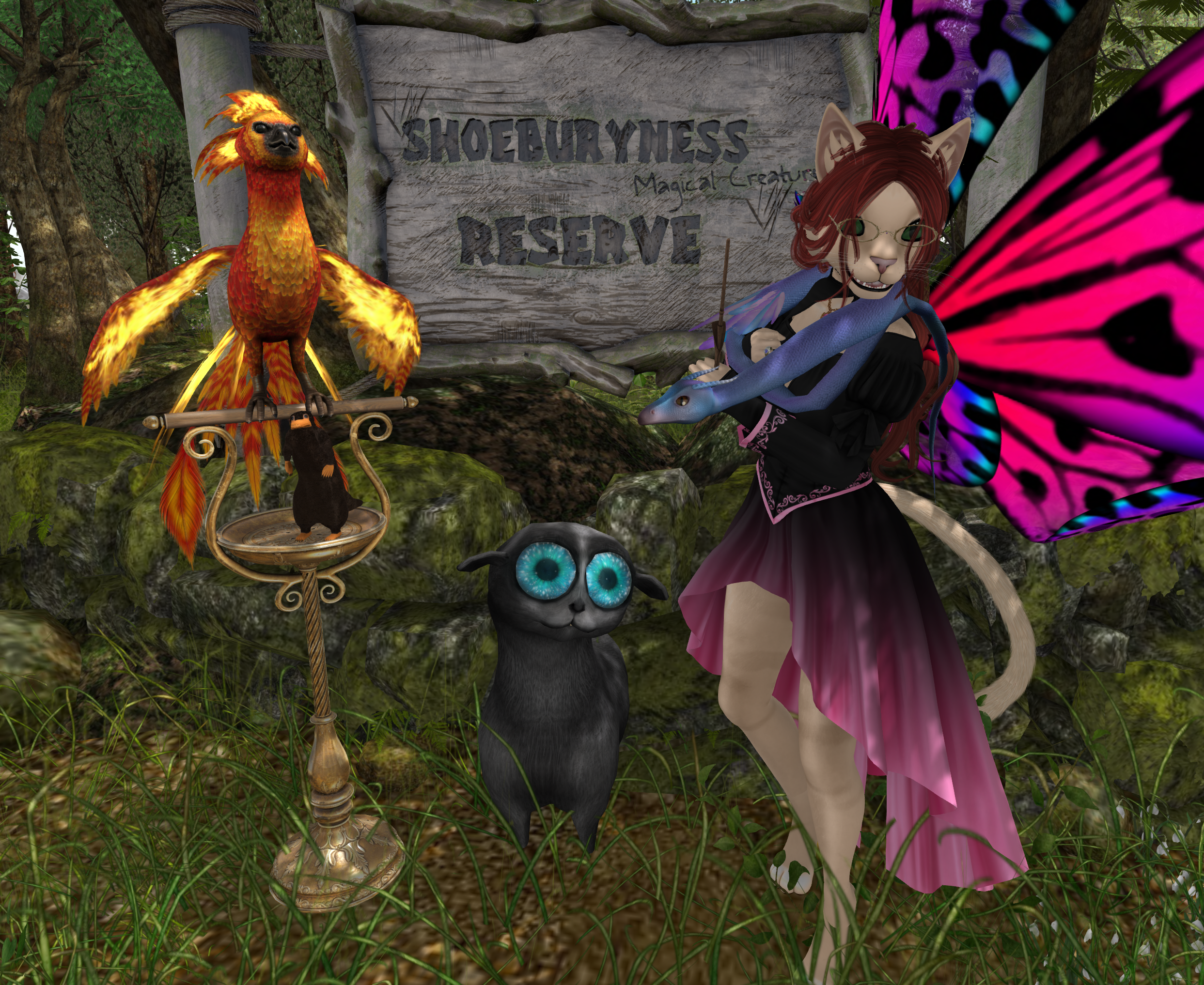 Before we get to the critters lets talk about what I have on. It is a gorgeous dress by ALTAIR called Artemis. And while it DOES come in house colors, I love pink best of all and this pink and black is STUNNING so I had to wear it. The gemstone at my neck is part of the dress and is color change even out of the fatpack. I'm also holding another wand by Nishi called the Calla Wand. It's designed after a Calla Lily flower. Which is very clear if you buy the Limited edition colored version. Close up of the wand and the Gemstone here ALSO I am using one of the fabulous wand poses by LULUSTUFF from their Immobulus Bento Wand Pose Set

Now onto the fantastic beasts! Left to right

The brilliant bird is new by *HEXtraordinary* and it is their updated Fiery Phoenix. Now with Animesh! It has life stages going from Baby to old and the "death" animation has got to be seen in world. It makes me laugh so much. The flames are also animated and it has sounds. It's just another amazing critter by Corwin.

On the phoenix's stand is Nishi's Shoulder Thief a happy go lucky Niffler that you can get in a WIDE range of coat colors. He's meant to be worn on your shoulder, but to show him off better I rezed him out. Comes in two sizes, big and little and the animations are adorable.

On the ground is Jinx's Mooncalf Animesh Companion. This one I wore attached like its meant to be. He's just a big bundle of goofiness and comes with a hud with a range of animations in it.

And lastly about my shoulders is Clover adorable ohcami pet. This Occamy will NOT grow any bigger then able to sit about your shoulders! He comes with a few click to change positions and is animated to move about and be curious as to what your doing.


Just a few more days left to snag all these! come on over!

Posted by Softpaw Sommer at 2:06 PM