I managed to be in the right place at the right time to get gifted with all Evie's new items for the faire! I chose to wear them in shades of purple instead of the relay exclusive colors.

The first outfit is one she created originally for the Zodiac event and it is called Dyisi. She wanted an outfit hoofed and digi legged folk could wear easily and this was the result! If you;re not of the hoofed or digitraide legged type she also made matching boots. The Relay exclusive version is a brilliant and lovely scarlet.

It's mesh with flexy silks and quite fun to wear, so different then my usual.

The pose and glow silks I have are a new pose from a new pose maker called Musa. It is one of their Fantasy faire exclusive and is called "Dance with Sylph" 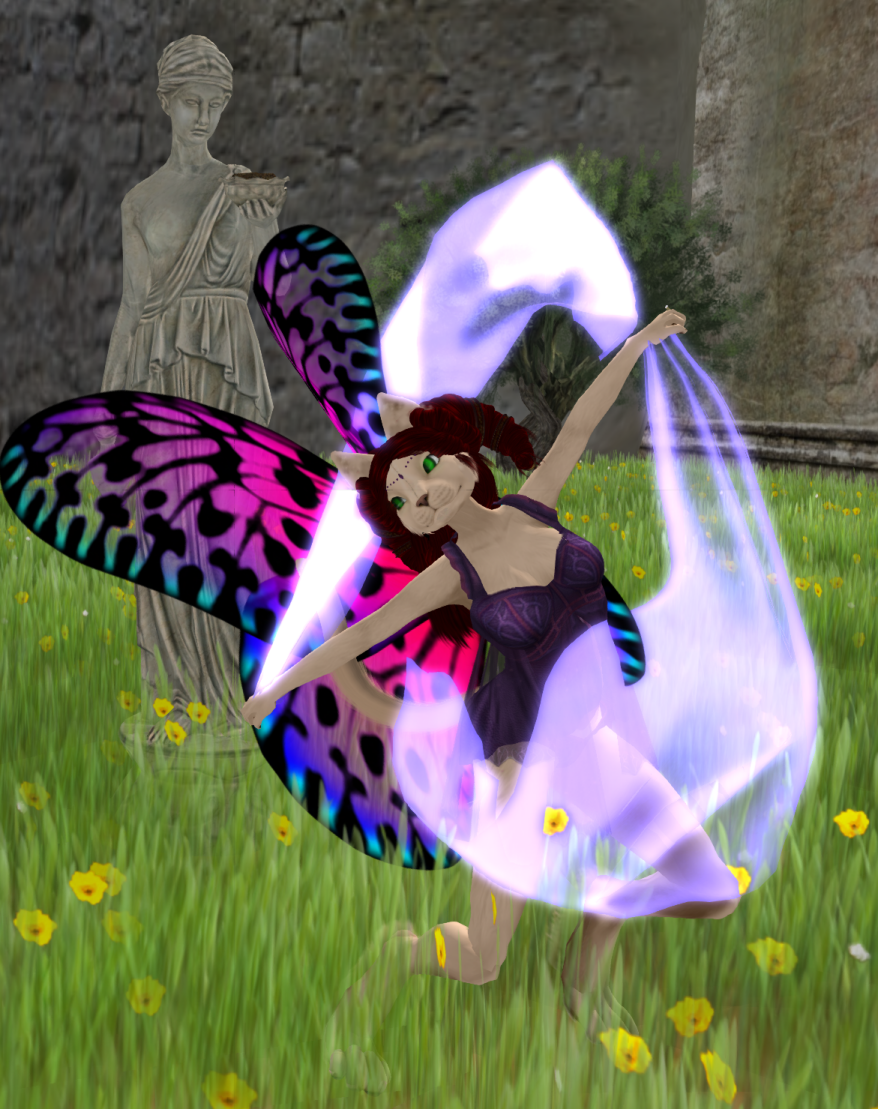 The next outfit is a mesh and flexi outfit called Kie, that is named for a friend of hers The Relay color is a light yellow, I;m wearing a lovely lilac. I dearly love the pattering work on the bodice and the way the flowers spill down from the waist.

Again the pose is by Musa and is from their fantasy pose set. They are a new pose maker to watch! 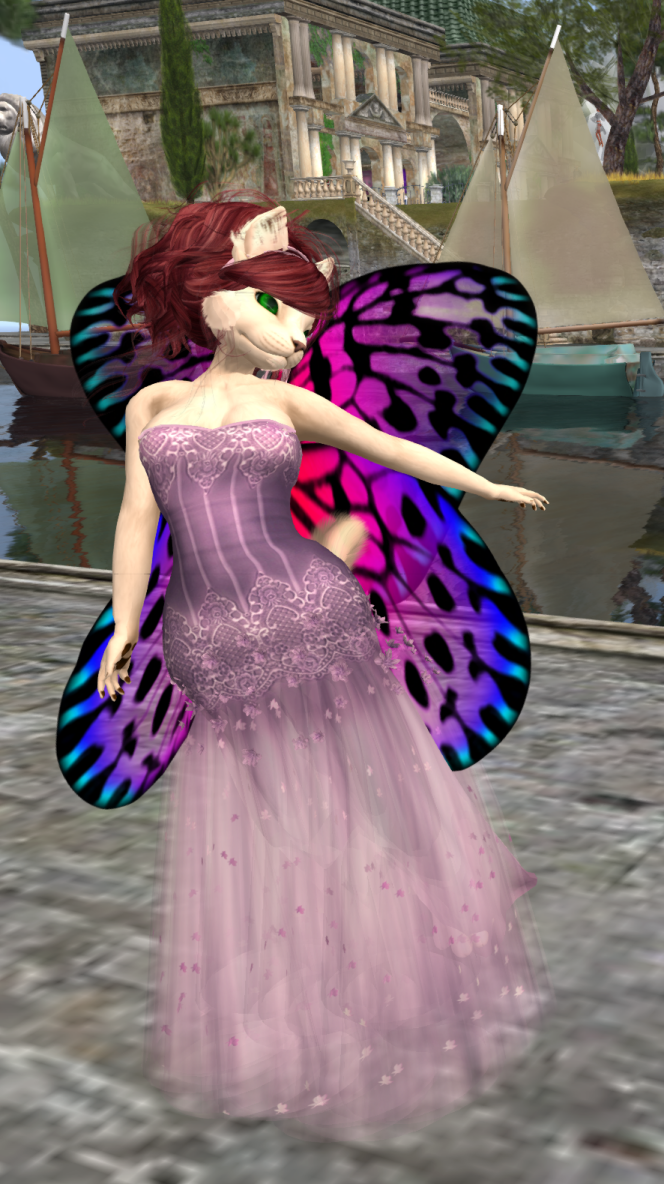 
and..I just noticed I don't have my glasses on in these shots. NO idea what happened there. Oppsy!


You can see how to get to the stores on Magnificat here and get a SLURL as well. The sim has a landing point, Evie's is close to it Musa's is a bit of a trot. But worth it!
Posted by Softpaw Sommer at 11:36 PM